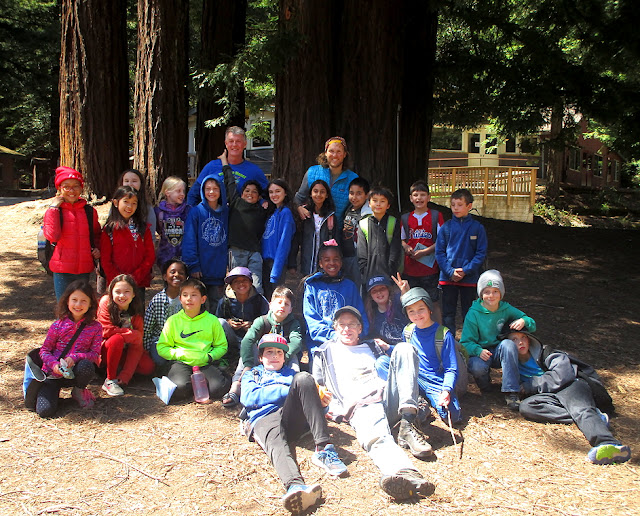 We just completed a fun, educational week of environmental education at Westminster Woods. We hiked in the morning, during the day, and in the evening. We went to the tide pools, got blasted in a sand storm, and we saw the tallest trees in the world. We took part in a campfire, watched some funny skits, and sang some great songs. We got to play in the gaga pit, on the playground, and had a lot of fun on the cargo net on Thursday evening. We had incredible naturalists who lead us through our adventures and taught us a ton of information. Best of all, we had incredible fun hanging out with our friends.

This blog is your opportunity to tell everyone what you thought about your trip. As a writer, excite your reader about what you enjoyed and tell us why you liked those things. Pick as many topics as you wish about which to write, but be sure you explain WHY you enjoyed those things or didn't necessarily like those things. You need to avoid simply telling what you did on this trip; the task is to give proof for your opinions. You need not write about everything, just report the highlights. Think about how you will arrange your ideas, and develop a strong, interesting topic sentence for each paragraph. We all know which word not to use in the topic sentence, right? This is the type of writing where you van get descriptive.

As always, be sure your spelling and conventions are strong. Check that sentence structure, and be sure that you are communicating with precision and accuracy.

Have fun with this and let's see how many comments we can get! Be sure to check out each other's writings, and let's inform our readers all over the world about our incredible week at Westminster Woods.
Posted by Michael La Marr at 10:42 AM